It's 'Sunday Night At The Classic' Movies On CBS 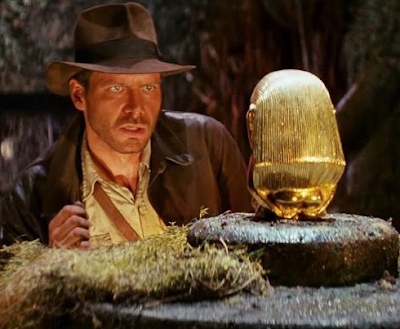 CBS is turning to some big-screen classics for help with its current small-screen crisis. With so many of the network’s major Sunday series reaching early conclusions due to production shutting down in response to the coronavirus pandemic, TV’s biggest night of the week will soon be hurting for content, TVLine reports.

For five consecutive weeks in the month of May, CBS will air iconic offerings from the Paramount Pictures library, beginning with Indiana Jones and the Raiders of the Lost Ark on Sunday, May 3 (8/7c).

“It’s a five-week programming event with epic films, iconic stars and brilliant stories that viewers love… and love to watch together,” said Noriko Kelley, Executive Vice President of Program Planning and Scheduling for CBS Entertainment, said in a statement.

The schedule:
CBS’ usual Sunday night drama line-up — God Friended, NCIS: Los Angeles and NCIS: New Orleans, which on April 12 will air their 19th or 20th episodes — will all have wrapped their respective seasons by May 3, when the Sunday night movie slate kicks off.
Posted 2:36:00 AM