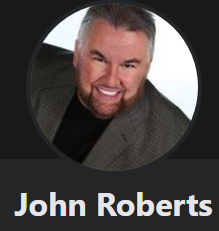 Veteran radio programmer and Townsquare Media Tyler, TX Regional OM John Roberts has died after a battle with stage 4 cancer of the esophagus after being diagnosed last July.

In a statement, Townsquare Media Senior VP/Programming Kurt Johnson said, "John was a true pro, one of the best our business has ever seen. But more importantly he was a great friend to everyone and he made a huge impact in his family, his staff, his community, and basically with everyone he met.

He added, "John's laughter was contagious, his drive for good was tenacious, his spirit was indomitable. If you knew John you are better for it. The world has lost a great light. All of us at Townsquare will miss him dearly."

Roberts joined Townsqaure in October, 2016 as OM for the 4-station cluster in Tyler-Longview. Previously, he served as PD for KHHT-FM (106.9 K-Hits) and 92.9 BOB-FM in Tulsa. Before that, Roberts held PD duties with WMC-FM (FM100)/Memphis and Adult Hits WLWK-FM (94.5 Lake)/Milwaukee. Before Robert's 3-year stint at FM100, the industry vet spent two years as PD of Hot AC KIMN-FM (Mix 100)/Denver until exiting in a consolidation move in 2008.

Roberts joined KIMN from First Broadcast, where he was Group PD. Before making the move to First in April, 2006, Roberts served as VP/Programming & Operations for Clear Channel's 6-station group in Dallas. He's also handled OM/PD duties at WEZB-FM and WKZN-FM/New Orleans and was VP/Programming for CC/Austin from 1993-2000

View the numerous tributes to him on his Facebook page.
Posted 2:33:00 PM