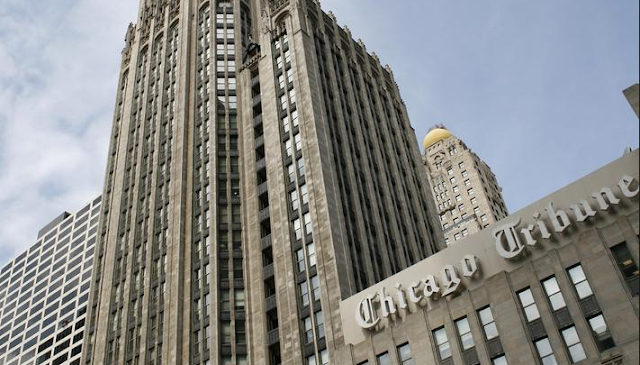 Tribune Publishing, the parent company of the Chicago Tribune, the New York Daily News, Orlando Sentinel, and the Baltimore Sun, late Thursday said it was asking employees across the company to take pay cuts ranging from 2 percent to 10 percent.

Unionized shops within the company are being asked to take a 4.5 percent pay cut, according to The NY Post citing a source.

Chief executive Terry Jimenez, in a memo to 5,000 staffers, said the company “will permanently reduce base pay from 2 percent to 10 percent for employees who have an annual base salary of $67,000 or more. These reductions will be on a sliding scale with those earning more taking a steeper cut.”

“I will be foregoing my salary for two weeks in addition to a 10 percent reduction in my base salary, totaling a 13.8 percent pay reduction,” he said.

Jimenez said the company will also be offering an undisclosed number of buyouts. Employees who opt for a buyout can avoid the pay cut, but must make up their minds by April 17 and exit the company by April 29.

The survivors’ pay cuts will take hold on April 19.

“Despite strong readership and engagement to the work we are doing, the current business climate poses challenges for everyone. Along with most of our industry peers, we are experiencing a negative business impact as a result of the pandemic,”said Jimenez.

“This is particularly true in our print advertising business, where most of the local businesses that we partner with are effectively shut down. In the wake of these revenue declines, we must take drastic actions to better position ourselves for the future.”
Posted 3:13:00 AM