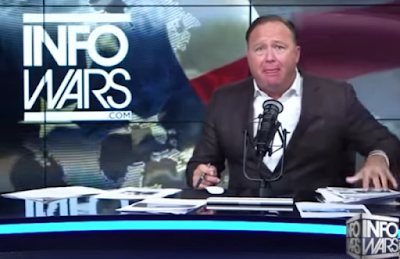 In a video message posted to YouTube Wednesday, Jones admitted he made "certain statements" on InfoWars -- the name of his YouTube channel -- about Chobani "that I now understand to be wrong."
"The tweets and video have now been retracted and will not be re-posted. On behalf of InfoWars, I regret that we mischaracterized Chobani, its employees and the people of Twin Falls, Idaho, the way we did," he said.


The Chobani ordeal began in April, when Jones claimed that refugees employed by Chobani committed sex crimes and caused an uptick in disease in Twin Falls, where Chobani's factory is located.

Jones previously changed the name of one of his videos that was initially titled "Idaho yogurt maker caught importing migrant rapists" after Chobani threatened him with a lawsuit.

In the video, Infowars reporter David Knight says that two refugee teenagers in Twin Falls plead guilty to raping a five-year-old girl and refers to Chobani founder Ulukaya as a man who's "championed refugee employment in the area."

Chobani ultimately sued Jones, and the lawsuit has now been settled, according to the company. The financial terms of the deal were not revealed, and Chobani declined further comment.

The retraction and apology is the second from Jones so far this year. In March, Jones admitted his claims that a child sex ring linked to a Hillary Clinton aide was being run out of a Washington pizzeria were false. He had referred to the conspiracy theory as "Pizzagate."

In the face of numerous lawsuits, Jones issued a video apologizing for "any negative impact our commentaries may have had on Mr. Alefantis, Comet Ping Pong, or its employees."
Posted 3:16:00 AM