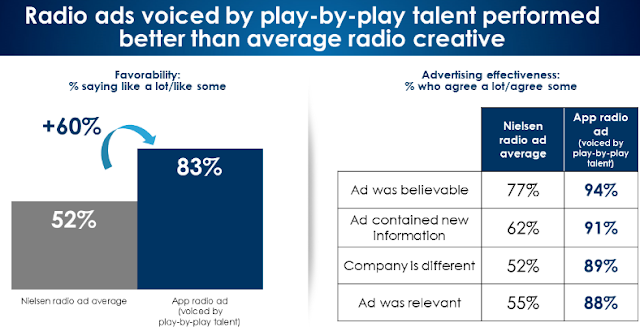 A new Nielsen study, commissioned by Westwood One, demonstrates how radio elevates key brand metrics for a money transfer app. The brand advertised in Westwood One’s NFL coverage and saw growth in app awareness, app usage, brand health, and ad recall according to the results published on the Westwood One blog.

Key findings of the Westwood One and Nielsen study include: