Glenn Frey‘s son Deacon is apparently joining the Eagles when they play the Classic East and Classic West music festivals this summer.

In an interview with Dallas radio station KTCK 1310 AM / 96.9 FM, Don Henley confirmed that Frey’s son will replace his late father when the reunited Eagles take the stage at the two festivals in July. Henley had earlier suggested that Deacon Frey would be part of the band, but then said he wouldn’t.

According to UltimateClassicRock.com, Henley told show host Mike Rhyner that he wasn’t supposed to say anything, but then admitted, “There’s going to be an official announcement in a few days but let’s just do it here. Glenn’s son Deacon is a very talented young man, and he seems to be up for the task. He’s enthusiastic about it and he’s been working real hard on it, and he’s gonna do it with us. I think that’s appropriate.”

Henley then clarified his decision by citing “an old system both in Eastern and Western culture called the guild system, where the father is the master and the son is the apprentice. The trade, the craft, the business is handed down from father to son. I think it’s the only appropriate way to carry on. I don’t think I’d do it otherwise. Since it’s Glenn’s blood, it’s his son, I think that’s appropriate. There’ll be one more musician along for the ride too, but I’m not gonna say who that is.”

Glenn Frey died on Jan. 18, 2016, of complications from rheumatoid arthritis, acute ulcerative colitis and pneumonia. Henley, the Eagles’ longtime leader with Frey, said afterward that the band would not go on without Frey. Then he backpedaled and said he could see the group reuniting with Frey’s 23-year-old son. Then he said the band was finished for good. 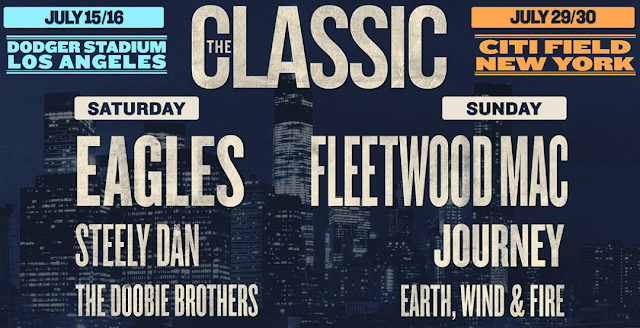 Earlier this year, a new classic-rock festival — to be held at Los Angeles’ Dodger Stadium in Los Angeles on July 15-16 and on July 29-30 at New York’s Citi Field — was announced with the Eagles co-headlining with Fleetwood Mac. Rumors then surfaced again that Deacon Frey would be taking his dad’s place in the Eagles for those performances.

“I never planned on it coming out this way, but it’s my responsibility to carry on this legacy and to keep these songs alive,” Henley told Rhyner. “Apparently people still want to hear them. I thought we were done when Glenn passed away and I said as much, but I was in a state of shock at the time. But we have gotten a lot of messages from people all over the world from people who would like to see things continue.”
Posted 8:08:00 AM