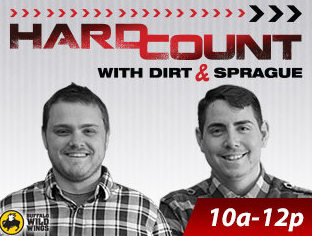 From 10 a.m. to noon, The Fan airs "Hard Count with Dirt and Sprague." That's followed by a new show, "Dusty and Cam in the Afternoon," that will run noon to 3 p.m.

The station's long-running anchor show, "Primetime with Isaac and Suke," will remain in its 3-7 p.m. slot. KFXX will retain two ESPN national shows, with "Mike & Mike" running from 3-7 a.m., and "The Herd with Collin Cowherd" going from 7-10 a.m. Cowherd's show originated as a Portland show on KFXX before he took it ESPN. 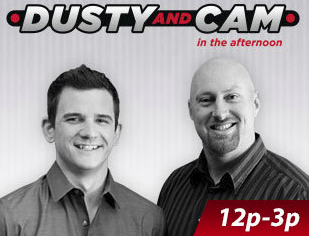 "We have achieved a dream scenario for our lineup," KFXX program director Jeff Austin said. "'Hard Count with Dirt and Sprague' and 'Dusty and Cam' represent the strongest midday content The FAN has ever had. With Mike & Mike and Colin Cowherd starting the day and Isaac and Suke anchoring the drive home, we believe we offer listeners an all-day sports and entertainment home."

"Dusty and Cam" will be co-hosted by Dusty Harrah, a long-time KFXX employee, He's joined by Cam Cleeland, a former NFL tight end who had been dabbling in radio and TV commentary. Cleeland, a native of Sedro-Woolley, Washington,  played at the University of Washington and seven years in the NFL, with stints with New Orleans, New England and St. Louis.

The changes at KFXX come at a time when another local sports station, KPOJ 620 AM, also known as Rip City Radio, debuted the market's only local morning sports show. "Rip City Mornings with Bunker and Danforth," co-hosted by Danforth and Andy Bunker, debuted Monday.
Posted 3:29:00 AM