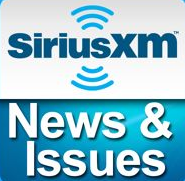 A host on SiriusXM radio Friday cut off a guest for declaring that President Obama “is a Muslim.”

According to The Washington Post, it happened during “The Morning Briefing with Tim Farley,” retired Air Force Col. Dick Brauer Jr. said, “The key thing is that, our president being a Muslim, and he is a Muslim because his father -”

Later, Farley explained that his program hosts both conservative and liberal guests. “We try to steer them into a path of discussion as opposed to just an attack,” he said. “We will occasionally challenge facts, but when somebody states that the president is a Muslim, we’ve gone past the point of fact and it’s clear that from that point on we cannot have a reasonable discussion so we just stopped it.”

Brauer had been invited on the program — available on SiriusXM’s POTUS (Politics of the United States) Channel 124 — to discuss military action against the Islamic State terror group.