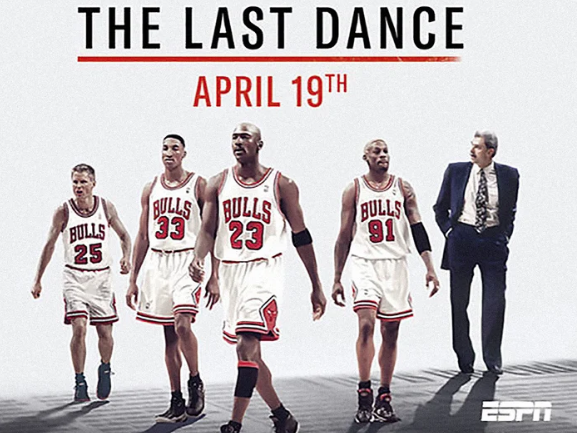 An average of 6.1 million viewers tuned in to watch the first two episodes of the much-anticipated documentary series “Last Dance” across ESPN and ESPN 2, a boon to the Walt Disney-owned sports networks as they scramble to maneuver in a climate where nearly all live sports have been canceled.

Citing data from Nielsen, Variety reports ESPN said an average of 3.5 million who watched the episodes were between 18 and 49.

The debut episodes mark the two most-viewed original content broadcasts on ESPN’s networks since 2004, surpassing the 2012 film “You Don’t Know Bo,’ which captured an average viewership of 3.6 million.

ESPN had originally scheduled this ten-part series to air in June, hoping to tie it to the NBA Finals and promote it to the large fan base that usually watches. But with the coronavirus pandemic forcing sports leagues to suspend their seasons, executives decided to move up the debut of the program, which chronicles Michael Jordan and the Chicago Bulls in their quest to win their sixth NBA championship in eight years.
Posted 1:40:00 AM