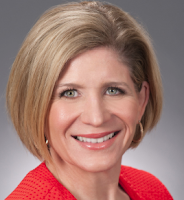 In the role, Philips Deshishku will lead ABC News’ terrestrial radio serving over 1,650 stations nationwide to podcasts and digital audio. She has led the division on an interim basis since April, and will move from Washington to New York full time.

Philips Deshishku joined ABC News in October 2014 from CNN. She covered the 2000 presidential election as  CNN’s manager of political coverage and later was head of CNN’s White House unit. She led CNN’s breaking news coverage for many years, including the network’s Peabody Award-winning coverage of Hurricane Katrina.

Washington D.C. bureau chief Jonathan Greenberger will continue to run the bureau as the network begins the search for Phillips Deshishku’s replacement in the near future.
Posted 1:16:00 AM