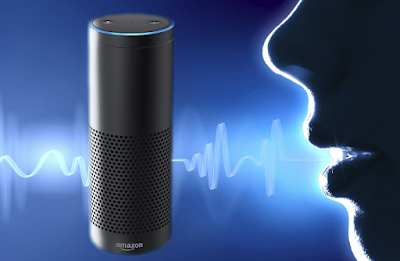 The federal lawsuits, both of which were filed on Tuesday and seek class action status, allege that Alexa-enabled devices, such as the Echo and Echo Dot, violate laws in nine states -- California, Florida, Illinois, Michigan, Maryland, Massachusetts, New Hampshire, Pennsylvania and Washington -- by storing recordings of children, according to court documents.

"The privacy interest is all the more powerful in light of modern voice printing technology and the potentially invasive uses of big data by a company the size of Amazon," the Seattle lawsuit reads.

"It takes no great leap of imagination to be concerned that Amazon is developing voiceprints for millions of children" and tracking their use of Alexa-enabled devices "with a vast level of detail about the child's life."

After Alexa listens to a user's commands, Amazon allegedly "saves a permanent recording of the user's voice to its own servers," one suit reads."When children say a wake word to an Alexa Device, the device records and transmits the children's communications in the same manner that it handles adults' communications.

Neither the children nor their parents have consented to the children's interactions being permanently recorded," the lawsuit reads.Amazon did not immediately respond to a request for comment from The Hill.

The lawyers are seeking monetary compensation for the plaintiffs as well as an injunction that requires Amazon to get consent before it records minors' interactions with Alexa. The lawsuit also asks Amazon to delete any existing recordings of children's voices.
Posted 1:11:00 AM