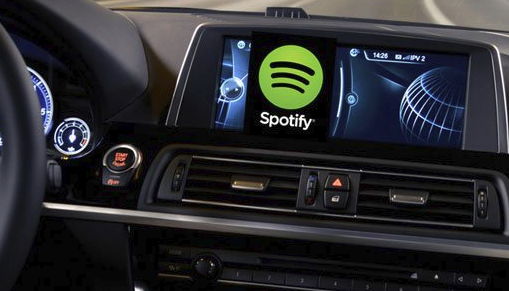 US users can now listen to music along with some news podcast content sprinkled in. Anyone can access the playlist, regardless of whether they’re driving.

The Wall Street Journal, NPR, and Public Radio International will provide the news audio clips. News and music will update throughout the day, unlike the platform’s other popular playlists.

This new playlist joins other Spotify lists in promoting podcasts. The Verge reported earlier this month that Spotify is testing five different podcast-only playlists that are human-curated. While those playlists are only in the testing phase for five percent of users in various countries, Your Daily Drive is available to all US users. 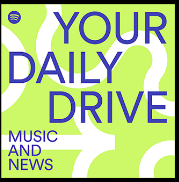 Your Daily Drive comes a month after Spotify announced its first hardware project — Car Thing — that’s designed to gather data about how people consume audio in the car. Spotify’s auto audio ambitions mean the company can’t just be good at music. This playlist is closer to the radio formula, where news enters the mix of songs every so often — though the new format doesn’t yet include weather and traffic, the two things most relevant to drivers.

According to Rolling Stone, the music industry has anticipated Spotify’s move to compete with terrestrial radio ever since CEO Daniel Ek started making comments a few years ago about wanting the company to look beyond music. “I’m proud of what we’ve accomplished, but what I didn’t know when we launched to consumers in 2008 was that audio, not just music, would be the future of Spotify,” the ordinarily taciturn Ek wrote in a lengthy blog post in February, when Spotify announced the acquisition of podcast companies Gimlet and Anchor.

Because Spotify has troves of data on its users’ listening habits and mood patterns, among other characteristics, Rolling Stone believe it’s arguably one of the companies best positioned to challenge terrestrial radio — a space that still commands an audience of 93 percent of all Americans each week, according to Nielsen — but other music-tech companies have also been eyeing the space for a while. SiriusXM, for instance, hinted during its acquisition of Pandora (a company known for its algorithm and advertising prowess) that it would explore ways to join various music and non-music audio offerings for more enticing products. The music-streaming field on mobile phones and computers is well-saturated by now; streaming companies see cars, though, as the next lucrative conquest.
Posted 3:06:00 AM