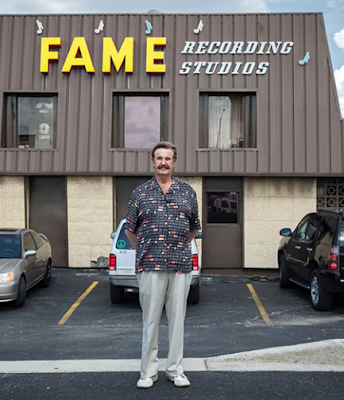 Rick Hall, the producer who forged the Southern soul style known as the Muscle Shoals sound, died Tuesday at his home in Florence, Ala.

He was 85, according to The NYTimes.

Hall turned small-town Alabama into a crucible of soul, country, pop and rock after he founded FAME Studios in 1959 in Florence. FAME stands for Florence Alabama Music Enterprises, although in 1961 the studio moved to nearby Muscle Shoals, where it remains. Mr. Hall also started FAME Publishing, which would amass a substantial catalog of hits, and FAME Records. 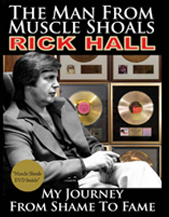 Hall was a producer, co-producer, engineer or songwriter for major hits by Aretha Franklin, Wilson Pickett, Clarence Carter, Etta James, the Osmonds, Mac Davis, Paul Anka and Shenandoah, among many others. His preferred recording method was to gather trusted musicians and seize the best ideas from studio jams. “We cut them from the heart, not from the charts,” he told The New York Times in 2015.

Rick Hall was born Roe Erister Hall on Jan. 31, 1932, in Forest Grove, Miss. He grew up in rural poverty in northern Alabama, raised by his father, a sawmill worker and sharecropper. He was 6 when his father gave him a mandolin, and he would go on to learn fiddle, guitar and bass.

By the mid-1950s, he was in a band, the Country Pals, with a daily radio show on WERH in Hamilton, Ala. Billy Sherrill, who was in another local band, began writing songs with him; Mr. Sherrill would become one of country music’s most important producers.

He wrote songs that were recorded by country singers including Roy Orbison, Brenda Lee and George Jones. But he saw more opportunity in rhythm and blues.


In 1961, he produced a hit: the soul singer Arthur Alexander’s “You Better Move On,” which would later be recorded by the Rolling Stones. That song financed the studio where FAME is still located, built in 1962 at 603 East Avalon Ave. in Muscle Shoals.

A studio band Mr. Hall had assembled at FAME — Barry Beckett on keyboards, Jimmy Johnson on guitar, David Hood on bass and Roger Hawkins on drums — became recognized as the Muscle Shoals Rhythm Section, also known as the Swampers. In 1969, in partnership with Mr. Wexler, they founded the rival Muscle Shoals Sound Studio in Sheffield, Ala., and went on to record with the Staple Singers, Paul Simon, Bob Seger, Traffic, Bob Dylan and many others.

Mr. Hall largely turned toward country and pop with hits including Bobbie Gentry’s 1970 “Fancy,” Mac Davis’s “Baby, Don’t Get Hooked on Me” and Paul Anka’s 1974 duet with Odia Coates, “(You’re) Having My Baby.” He co-produced Shenandoah, which had been a bar band in Muscle Shoals, as it became a country hitmaker in the late 1980s.
Posted 3:00:00 AM