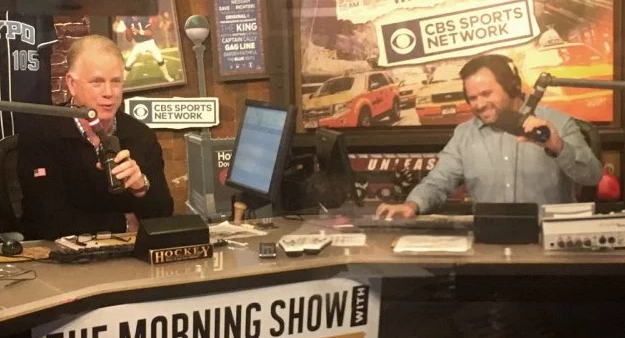 WFAN 660 AM / 101.9 FM began a new era at 6 a.m. Tuesday with assembled audio snippets of Mike Francesa counting down numbers to a virtual ball drop.

It ended with clips of him yelling, out of context, and closing with, “I don’t want to hear this garbage. Happy New Year? What’s the Happy New Year for?” Auld Lang Syne played in the background.

So: Out with the old, including Francesa, whose last afternoon show was Dec. 15. In with the new, starting with Boomer Esiason and Gregg Giannotti, or “Boomer and Gio,” in the morning – to be followed later in the day by Chris Carlin, Maggie Gray and Bart Scott on “The Afternoon Drive.\

According to Newsday, the new afternoon show has gotten far more attention than has Giannotti succeeding Craig Carton in the morning in the wake of Carton’s arrest and resignation in September.

That is in part because Esiason remains, and because Giannotti is a familiar figure, including some fill-in shows in the fall.

Still, there will be pressure on the show to perform in the coming weeks and months, in part because with update man Jerry Recco filling in most days, it was No. 1 in the autumn ratings book.