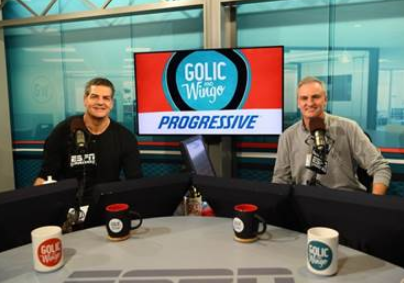 ESPN Radio will provide comprehensive coverage of the 2018 College Football Playoff National Championship across its shows and platforms highlighted by the live broadcast of the game between No. 3 Georgia and No. 4 Alabama on Monday, Jan. 8, at 8 p.m. ET.

Golic and Wingo, ESPN Radio’s morning drive program hosted by Mike Golic and Trey Wingo, with Mike Golic Jr., will bring with them the Golic and Wingo Bus presented by Progressive Insurance to Atlanta for a live broadcast from Mercedes-Benz Stadium in advance of the national championship, on Monday, Jan. 8, from 6-10 a.m. ET. The show, which will welcome guests on-set, will air from inside the stadium’s concourse near Gate 2 and will be open to the public. Doors open at 5 a.m., and a valid ID is required for entrance. Golic and Wingo will welcome guests on-set including Booger McFarland, Todd McShay, Maria Taylor and David Pollack.

In addition, The Dan LeBatard Show with Stugotz will participate in ESPN’s MegaCast of the CFP National Championship, as part of the revamped Voices option, which will offer five different productions featuring their own cast of ESPN personalities – and in some cases, guests – watching and reacting to the game in real-time, while providing their unique vantage point/spin on the action based on their particular show.  Hosts LeBatard and Jon “Stugotz” Weiner will convene at the show’s studios in Miami with their cast of producers and staffers to watch and comment on the biggest game of the college football season. ESPNU will feature all five shows, plus the game, in a six quadrant viewing experience, with sound from each production rotating through the span of the game. For fans interested in watching only the LeBatard production, they can watch live on ESPN3 or stream via the ESPN app.

On Sunday, Jan. 7, Weekend Observations (7-9 a.m.) co-host Stugotz will be in the studio while co-host Mike Golic Jr. will be in Atlanta and bring all the latest from the site of the CFP National Championship. ESPN Radio’s programming will continue to deliver the top stories and sound from Atlanta, through Monday, with The Will Cain Show previewing the matchup beginning at 3 p.m., through the start of ESPN Radio’s pre-game coverage at 6:30 p.m.
Posted 6:00:00 AM