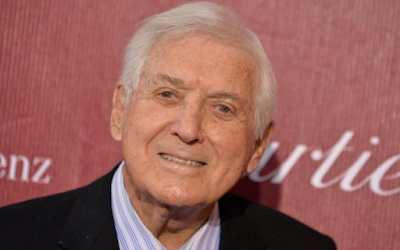 Monty Hall, who co-created and hosted the game show “Let’s Make A Deal” for nearly 40 years, died of heart failure Saturday at his home in Beverly Hills, Calif. 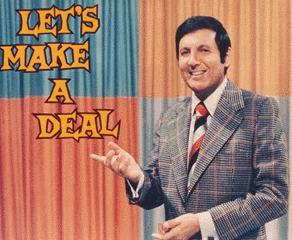 He was 96, according to Variety.

“Let’s Make a Deal” premiered in 1963 and has been a staple of television ever since.

CBS, which revived the show in 2009 with comedian Wayne Brady as host, called Hall “a television legend.”

“Monty’s infectious enthusiasm, humor and warmth were a winning combination that was evident to everyone he encountered, whether returning to make appearances on the current version of ‘Let’s Make a Deal,’ or gracing us with his presence at a photo shoot celebrating CBS Daytime earlier this year,” said Angelica McDaniel, CBS’ executive VP of daytime programs and syndicated program development. “On screen, Monty made the ‘Big Deals,’ but in the game of life, he himself was one.”

Hall hosted various game shows and other programs in his early career until he developed “Let’s Make a Deal” with creative partner Stefan Hatos. The show became legendary for encouraging audience members to dress up in outlandish costumes in order to attract Hall’s attention in the hopes of being given the opportunity to win big. 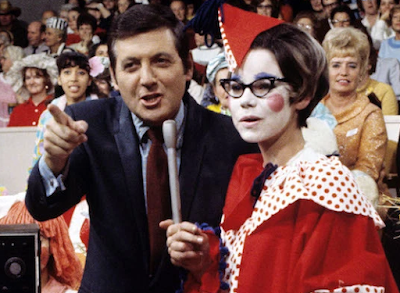 At the end of the show, the two biggest winners were given a shot at the Big Deal. They could trade their winnings for whatever was behind one of three doors: a new car, perhaps, or $15,000 in cash, or, if they were not so lucky, something worth less than what they had traded. All the while, the affable, smooth-talking Hall gave no hint of where the treasure might lie.

“Monty had to be a very likable con man; he had to convince people to give up a bird in the hand for what’s in the box,” David Schwartz, the author, with Fred Wostbrock and Steve Ryan, of “The Encyclopedia of TV Game Shows,” said in an interview.

According to The NYTimes, Hall kept “Let’s Make a Deal” moving for most of almost 5,000 broadcasts on NBC, on ABC and in syndication. The show ended its original daytime run in 1976 on ABC. A concurrent syndicated nighttime version lasted until the next year. It occasionally resurfaced over the next decades and, after being off the air for a while, was revived in October 2009 on CBS, with Wayne Brady as host. That version is still on the air.
Posted 3:01:00 AM