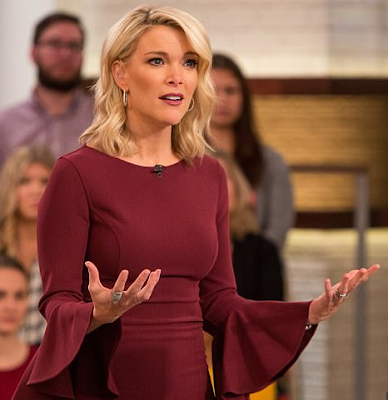 NBC executives not involved in her hiring are furious over Megyn Kelly's 'obscene' $23 million salary for her tanking morning show and think it's a slap in the face to other established stars at the network, DailyMailTV has revealed.

Although it was rumored the former Fox News anchor was only being paid $17 million for her new role at NBC, Kelly will actually line her pockets with a total of $69 million over the course of three years for swapping politics for talk show antics.

Her hefty salary has drawn the scorn of senior NBC and Comcast executives who believe the 46-year-old shouldn't be raking in more than the network's veteran stars.

One high-ranking staffer exclusively told DailyMailTV: 'This is insane! How on earth can they justify paying her $69 million for three years? It's obscene and a giant slap in the face to all of NBC's established stars.'

Some staffers believe the multi-million dollar deal is a low blow to NBC personalities who have been at the network for years, such as Matt Lauer and Jimmy Fallon.

A senior executive said: 'Megyn's salary should be nowhere near Matt's. He's been at NBC for 23 years now and has captained the ship through good times and bad times. He's worked very hard to deserve that salary.'
Posted 2:28:00 AM