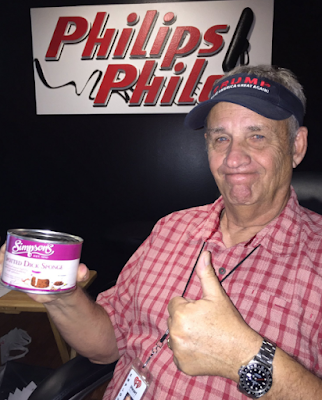 Orlando radio host Jim Philips has delivered some much-needed good news: He is delaying his retirement, arrocindg to The Orlando Sentinel.

He tweeted Wednesday: “Change of plans...offer I could not refuse. @philipsphile will air M-Th in 2018. Retirement delayed. Grin like a dog!”

So Philips, a radio institution for 30 years, will be working fewer days, but he’ll still be around for another year.

This past June, he had announced he would be leaving the business in January 2017.

Philips teased his fans about the change by quoting Michael Corleone (Al Pacino): “Just when I thought I was out, they pull me back in! - Godfather Part 3”
Posted 9:57:00 AM