Both Dave and Chuck each bring more than two decades of radio experience to their morning microphones. Dave started his radio career as a news writer and reporter. But, Dave quickly joined Chuck, who began as a board operator, to form the on-air partnership of Dave & Chuck the Freak. The duo expanded to a trio when they added co-host Lisa Way, and joined WRIF in 2013. The Detroit Market responded tremendously, which required the team to expand again quickly, adding Co-Host Andy Green, Producer James Campbell and Video Editor Jason Watson. 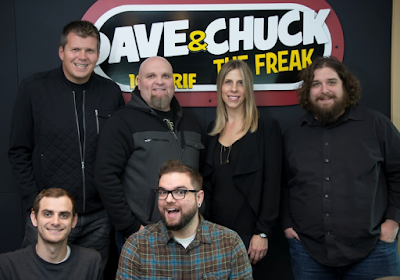 The show was reaching new heights by 2017, when their contracts had two years remaining. A four-year extension was offered by the station’s new owners, Beasley Media Group.

“Of course, we extended their contracts!” commented Beasley Detroit Market Manager Mac Edwards. “Dave and Chuck have crushed the competition and dominated Detroit’s morning radio for men and women, ranking #1 in every key demo including 18 to 34, 18 to 49 and 25 to 54! We value their amazing talent and are fortunate to work with them.”

“It’s a huge compliment to know Beasley is so enthusiastic about continuing our show,” said Dave Hunter. “We are not only radio morning co-hosts. We are friends, with families who are enjoying being part of this community.

Beasley has not asked us to change our show. They want us to thrive, so they’ve been beyond supportive. We enjoy working as professional partners with our Detroit Market Manager Mac Edwards, WRIF Program Director Mark Pennington, Beasley Media Group Chief Operating Officer Brian Beasley, as well as Beasley Media Group Chief Executive Officer Caroline Beasley. It just doesn’t get better than that!”

Dave Hunter and Charles Urquhart (and Lisa Way) began in April 2001 on Windsor’s CIMX 88.7 FM, the official name of 89X, until a surprise announcement on Nov. 23, 2012, that they were leaving the alternative music station for an unnamed new outlet in 2013.

The hosts are known for their off-brand of humor and banter, and complement their on-air show with heavy social media interaction with fans along with events such as a humorous annual .5K marathon in downtown Wyandotte. It also this week added an in-studio video element known as the "Peep Show." 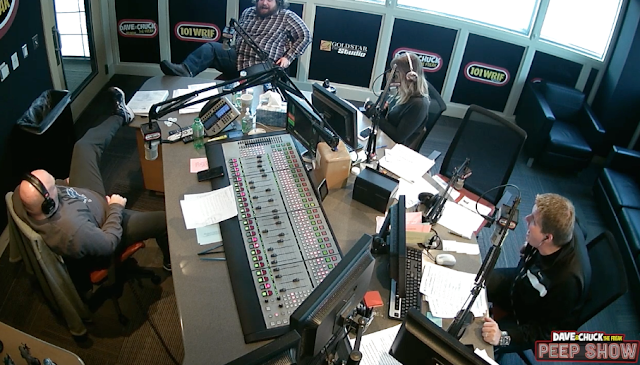 “Dave and Chuck originally represented for Greater Media an ideal team to help the radio group work toward bringing a younger, hipper audience to WRIF,” said Don Tanner, a partner in Farmington Hills-based Tanner Friedman Strategic Communications and radio industry insider who wrote radio and music industry text No Static At All.

“Complementary music tweaks at that time had WRIF looking to compete more with 89X than WCSX or The Drive. That experiment has been a successful one. Just as Dick Purtan’s audience followed him from Q-95-5 to WOMC several years ago, so, too, have D&C’s listeners made the switch to a new 'new rock alternative.' Once again, 'live and local' worked.”

Their predecessors on WRIF, Drew Lane and Mike Clark, topped local morning ratings for years — morning drive is the most lucrative advertising period for FM radio stations — but "Dave and Chuck the Freak" has matched them with younger demographics.
Posted 4:24:00 AM