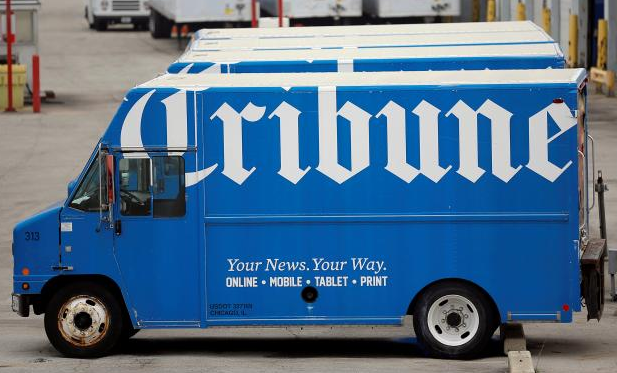 Oaktree Capital Management, one of Tribune Publishing Co.’s largest stockholders, demanded in a letter Monday to examine the newspaper publisher’s books to investigate if the board had violated its duty by selling controlling interest of the company to investor Michael W. Ferro Jr. at an allegedly discounted price.

According to The Wall Street Journal, Oaktree has previously said Tribune should engage in talks with rival newspaper publisher Gannett Co., which in April went public with its attempt to take over the company. Tribune has rebuffed Gannett’s advances, saying they undervalue the company.

In February, Tribune underwent a shake-up when Mr. Ferro’s Merrick Media LLC became the company’s largest shareholder, buying 16.6% of the company’s shares for $44.4 million. Merrick paid about $8.54 a share for its stake.

Mr. Ferro became nonexecutive chairman and within weeks had replaced much of the company’s upper management, including naming a new CEO.

In a letter addressed to Tribune’s General Counsel Julie Xanders, Oaktree asserted that “Mr. Ferro paid a below-market price for his stock in the company, rather than a premium reflecting his acquisition of control.”

Oaktree said it was seeking to “investigate possible mismanagement and other violations of duty by Michael Ferro and the company’s directors” in the sale of shares to Merrick Media, the appointment of Mr. Ferro and four associates to the board and the ruling out of a sale to Gannett.

Oaktree, which holds nearly 15% of Tribune shares, added that the results of its proposed investigation would help decide if any subsequent lawsuit would be filed.
Posted 3:31:00 AM