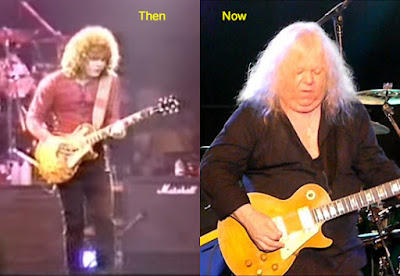 (Reuters) --  REO Speedwagon guitarist Gary Richrath, who wrote the band's 1973 hit "Ridin' the Storm Out," has died at the age of 65, bandmate Kevin Cronin said.

Richrath, who joined the U.S. rock band in 1970, died on Sunday, Cronin said in a message on the band's official website. He did not give a cause of death.

"I feel so sad. Gary was both a unique guitarist and songwriter, and the embodiment of the tough guy with a heart of gold. I learned most of what I know about being in a rock band from Gary Richrath. The entire REO Family mourns his death and shares in the grief of his family, friends and fans," Cronin wrote on Sunday.

Richrath recorded some 12 albums with the band, writing their 1980 hit "Take it On the Run" and singing lead vocals on tracks including "Find My Fortune" and "Wild as the Western Wind." He left the band in 1989 and released a solo album in 1992.
Posted 3:36:00 PM