The lawsuit, filed last week in U.S. District court in Denver, alleges that David Mueller, known on the radio as "Jackson," was fired from his job and banned from Swift concerts for life based on false allegations that he inappropriately touched Swift during a photo session at the Pepsi Center.

According to The Denver Post, The incident in question happened June 2, 2013, when Mueller was invited, as part of his then-job at KYGO 98.5 FM on the "Ryno and Jackson" morning show, to meet and greet Swift backstage.

According to the suit, Mueller posed with Swift and his girlfriend, Shannon Melcher...After some small talk, "Swift suddenly announced it was picture time" and "quickly put her right arm" around Melcher. Mueller jumped into the photo "at the last second"...Swift cordially thanked the couple and they left, the suit said.

Swift allegedly claimed that Mueller lifted her "skirt with his hands and grabbed her bottom." Following her claim, Swift's security team surrounded Mueller and Melcher and removed them from the concert grounds. Then after a string of phone calls between Swift's management team and the station, Mueller was fired on June 4, 2013, the lawsuit alleged. 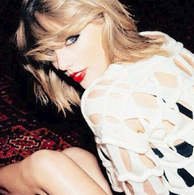 Mueller maintains he never inappropriately touched Swift. The DJ alleges someone else at the station told him he had "put his arms around her, hands on her bottom."

"The contention that Mr. Mueller lifted up Ms. Swift's skirt and grabbed her bottom, while standing with his girlfriend, in front of Ms. Swift's photographer and Ms. Swift's highly trained security personnel, during a company sponsored, VIP, backstage meet-and-greet, is nonsense, particularly given that Ms. Swift's skirt is in place and is not being lifted by Mr. Mueller's hand in the photograph," said the lawsuit.

Mueller, who has worked in radio for more than 20 years, made a base salary of $150,000 at the time he was fired. His position also came with performance bonuses, product endorsement fees and public appearance fees.

A statement from Swift's publicist on Saturday says Mueller's employer was given evidence after the incident and made its own decision on his job status.

The lawsuit looks to recuperate Mueller's lost income.
Posted 8:50:00 AM