Don Henley predicts the Eagles will end "in the next couple of years" in an interview on "CBS Sunday Morning."

"I don't want be the one to call if off," Henley tells Anthony Mason. Henley says it will be Glenn Frey's choice.

"I think Glenn will probably be the one to call off the Eagles thing," Henley says. "I think it will be his decision when it's time to stop. And I'm going to leave it to him." 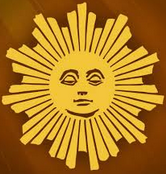 "CBS Sunday Morning" airs at 9 a.m. (Eastern). Henley will promote the solo album "Cass County," which is out next week. Henley says he would tour again with the Eagles, but he will be fine when the band calls it quits.

Henley also answers music executive David Geffen, who dismissed Henley as a "malcontent" in a documentary about the Eagles. The Eagles battled Geffen's record label in a contract dispute.

"I think Glenn and I both, when we detect dishonesty and unfairness, we are malcontents, as we should be," Henley says. "And we smelled a rat pretty early on. So if that makes me a malcontent, then I'll own it."
Posted 5:03:00 AM