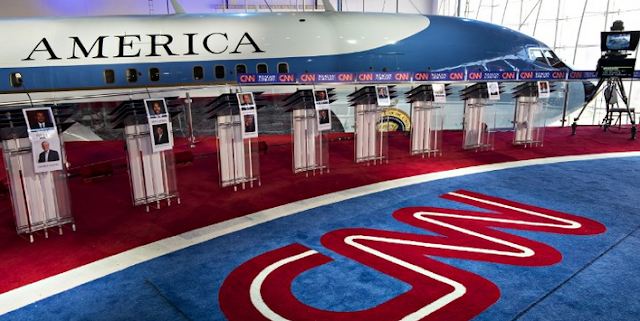 The Republican presidential hopefuls have sneered at and clashed with each other since the last debate, with distant taunts and tweeted insults. Now CNN/Salem Media, who host the second clash at the Ronald Reagan Presidential Library in Simi Valley Calif tonight at 6 and 8, want to get the candidates to engage with one another in person and on camera

Very different from the Fox News debate, which relied on three moderators to ask tough questions. "Let's draw the contrasts between the candidates, and have them fight it out over these policies," said Jake Tapper, CNN's chief Washington correspondent, who is moderating.

"Our whole approach is sparking a debate," said Dana Bash, CNN's chief political correspondent, who, along with radio host Hugh Hewitt, will also be onstage asking questions. "Let the debate be a debate."


TRN reports unlike the first debate, the stage tonight is intimate, with an audience of roughly 400, sitting just feet from the candidates. And CNN will ask the audience not to cheer or boo during the actual debate.