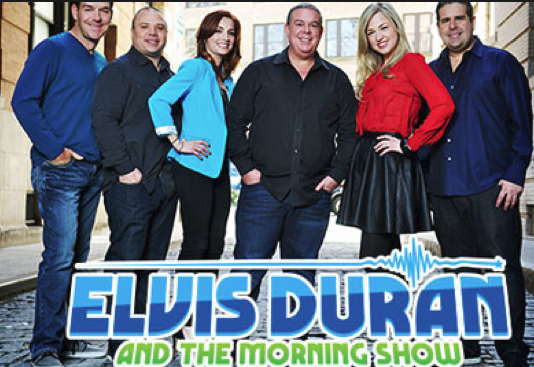 Elvis Duran, one of America’s most popular radio personalities, is a headliner at this year’s Radiodays Europe in Milan, Italy.  Duran will take the stage and pull back the curtain on the Z-100 Morning Show which is based in New York and heard in 70 markets across the country. Duran is excited for the opportunity, “I'm honored to be participating in this event. This is a great chance to show how connected we all are through the power of radio.”

Joining him on stage is the Vice President of Talent Development for iHeartMedia, Dennis Clark. Dennis’ role is to nurture the best and most talented radio people in the industry and he works directly with key radio personalities, such as Duran and Ryan Seacrest. They’ll discuss how to create a show that consistently delivers huge audiences, and will reveal the ingredients that makes Elvis Duran the most listened to Top 40 Morning Show in the states.

The U.S. radio industry will be well represented at this year’s Radiodays Europe. Here are just some of the other notable U.S. presenters and workshop leaders making the pilgrimage to Milan March 15-17.
The complete list of sessions and speakers and ticket information for Radiodays Europe is available at www.radiodayseurope.com

Launched in 2010, Radiodays Europe is the largest and most important international radio conference in the world. It is also considered to be the best with high quality content, great speakers and a huge program with over 100 speakers in 55 sessions over 2½ days. In 2014, it attracted 1300 delegates from over 60 countries.
Posted 3:10:00 AM