Greater Media has announced Dave Shore has been named as the new program director at Detroit Sports WMGC 105.1 FM in the Motor City. He will begin his new position on Monday, March 23, 2015.

“Dave’s experience in overseeing sports radio in major markets like LA, along with his relationship with the Lakers made him the perfect choice to lead the Detroit Sports 105.1 team,” said Steve Chessare, vice president and market manager of Greater Media Detroit. “We are absolutely thrilled to have him help us take the station to the next level.”

Shore most recently served as the operations manager of ESPN Radio’s KSPN 710 AM/ ESPN LA, where he was responsible for overseeing  daily operations and special events, as well as managing team relationships for the past four years. In addition,Shore was heard on the  air as the pre-game host of the Los Angeles Lakers broadcasts. 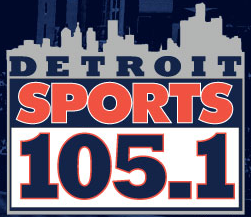 Prior to that, he worked for Capitol Broadcasting in North Carolina,where Shore launched 99.9 FM/The Fan in 2007, as well as managed AM Sports sister stations 620The Buzz and 1550 ESPN Desportes.

He also served as the sports director and talk show host/reporter for seven years at ESPN Radio’s 103.3FM in Dallas. Texas. While there, he hosted the pre-game show as well as did side-line reporting for both radio and television for the NBA Dallas Mavericks broadcast team.

In addition to continuing to work sidelines for ESPN Radio’s national college football radio coverage, he did TV play by play for Bob Knight’s last four years coaching at Texas Tech. The broadcasting veteran has also worked in Portland,Oregon, Lexington, Kentucky and Evansville,Indiana.
Posted 3:32:00 AM