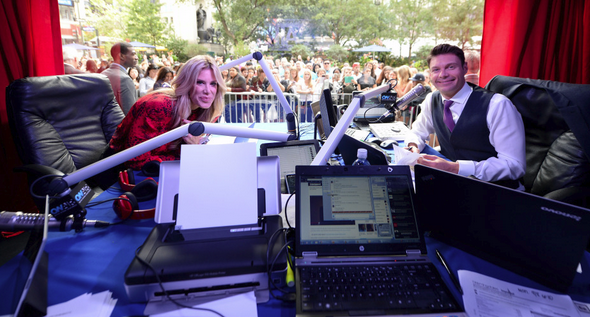 It’s not quite time for New York’s famous holiday window displays, but until then, we’ve got Ryan Seacrest.

At least New York did on Monday, according to USAToday.

The entertainment mogul set up his On Air with Ryan Seacrest radio show in the windows at Macy’s Herald Square.

“This is the first time in a decade that we’ve broadcast from anywhere other than a studio,” he told WWD.

It was, of course, to promote something: the official launch of his Ryan Seacrest Distinction men’s wear collection.
Posted 3:16:00 AM