Music Good For The Soul..and The Heart 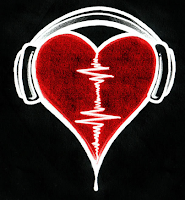 Now a study has found that in fact music can strengthen the heart - and improve the recovery of patients suffering from heart disease.

According totelegraph.co.uk, cardiologists said the findings suggested that all people could boost the health of their hearts simply by listening to their favourite tunes.

Patients with cardiac disease were divided into three groups. Some were enrolled in exercise classes for three weeks.

Others were put in the same classes, but also told to listen to music of their choice at any point for 30 minutes every day. A third group only listened to music, and did not take cardio-vascular exercise, which is usually prescribed to those with heart disease.

At the end of the trial, the patients who had listened to music as well as exercising had boosted crucial measures of heart function significantly, and improved their exercise capacity by 39 per cent.

The group which only took aerobic exercise improved their capacity by 29 per cent. Even those who took no exercise and only listened to their favourite music for half an hour a day improved their exercise function by 19 per cent, the study of 74 patients found.

The measures of improved heart function included improved endothelial function, which is necessary to maintain the body's vascular response.

The findings, presented at the European Society of Cardiology's annual congress in Amsterdam, suggested that the release of key hormones while listening to music was behind the changes.