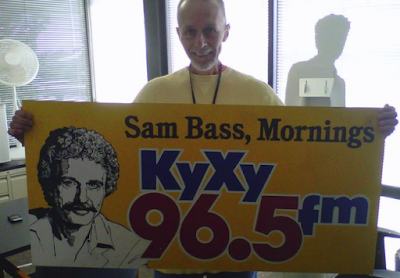 One of the most recognizable voices in San Diego radio has been silenced.

Alan Robert Graff, whose upbeat baritone chatter as radio personality Sam Bass made him a household name for more than 40 years on the airwaves of KyXy 96.5 FM in San Diego, died at his Poway home on July 11.

The cause of death was throat cancer, the same cancer he had previously beaten in 1997 that returned this past May. Graff was 71, according to the San Diego Union-Tribune.

Graff, who said he borrowed his radio name in the late 1970s from 19th-century American Old West train robber and outlaw Sam Bass, was a champion storyteller, both on the air and after his 2018 retirement from KyXy.

He regaled KyXy listeners with anecdotes, first when he was on in the morning, then when he moved to hosting afternoon shows and finally with a weekend gig in his last year at the station.

KyXy captured him on video during several “Story Time with Sam” bits in which he would talk about everything from being the class clown as a child in New York to his fear of heights that made a drive across the Coronado Bridge a harrowing experience.


His eldest daughter, Clarice Estrada Barrelet, said that sharing daily adventures and old memories, and having public conversations with friends and acquaintances through Facebook became his favorite pastime after he left the radio business.

It was on social media that he engaged thousands of his radio following with his honesty and candor, sometimes using self-deprecating humor to reveal his past struggles with addiction, insecurities and relationships. A skilled writer and orator, he also knew about the art of listening, Barrelet said.

Through social media, he invited people from across the world to share their stories and would often send compassionate, personal replies to people when so moved.

On a Facebook post from last December, Graff said that early in his career he wanted to be a TV star. He said he realized his “radio job wasn’t so stupid after all” when a radio listener phoned the station in 1981 and thanked Graff for saving his life:

“6 months ago I was sitting on the side of my bed with a (gun) barrel in my mouth,” Graff wrote, relaying the caller’s words. “I was all set to pull the trigger when the guy on the radio said something stupid that made me laugh. First time I laughed in 12 years. I figured, ‘maybe I’ll laugh again.’ I put the gun away. Thanks.” 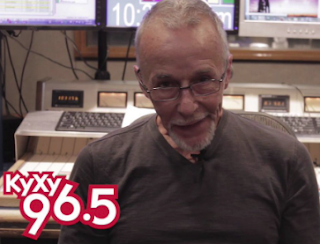 Graff was given two weeks to live after being hospitalized with a mass in his throat in May, but he was able to return home and connect with family and friends for more than five weeks.

During the day, while not attached to a breathing tube, Graff wrote on Facebook: “I’m touched beyond words by the love I’ve been receiving lately. I appreciate it. I lived to see 71 wild years. I helped raise 2 sons and 2 daughters. I’m glad I’ve lived to see them grow to beautiful adulthood. I’ve been blessed with 5 grand-kids.

“Please don’t grieve for me. I’ve lived a full life. I weep for the young kids who came home in flag draped caskets. The young men and women buried beneath these cold dead marble slabs never had the opportunities I’ve enjoyed. God Bless them. ‘Fair winds and following sea.’ ”

Graff was born May 12, 1948, in Gloversville, N.Y., to Robert Leon Graff and Hendrika (Harriet) Elizabeth Konyn, and grew up in Schenectady, N.Y. After World War II, his father worked as an engineer at WRBG-TV and WGY 810 radio, so he often said that broadcasting was a big part of his life from the very start.

Graff was a Merchant Marine during the Vietnam War, of which he said, “Merchant Marines were the ones who picked up the the bar tabs for the U.S. Marines,” then earned a bachelor’s degree in communications from Boston University in 1972. After that, he decided to get into the radio business.

Graff’s first on-air job was in 1973 at a station in Miami, went to KKAR in Pomona from 1973-76, then picked up and headed for San Diego in 1977. After an eight-month stint at KyXy, he moved to Rhode Island. But then in March 1978, he returned to San Diego to give it a go once again, and for good, at KyXy, just as the station’s format switched from “beautiful music” to “soft rock.”


Barrelet said there would be no funeral as Graff asked that his body be donated to UCSD School of Medicine. The family was going to have a private celebration of life. She said donations in Graff’s name should be made to organizations for people battling addiction or cancer.
Posted 4:01:00 AM