The reason is strictly business.

Nolan doesn't work for WCBS-FM, he's employed with iHeartMedia's Total Traffic and Weather Network.  CBS has ended its business relationship with Total Traffic and has partnered with Radiant Traffic for future reports.

The new business relationship means Nolan and several other well-known voices will no longer be heard on CBS stations, such as WINS 1010 AM , Newsradio WCBS 880 AM, Sports WFAN 660 AM /101.9 FM, Top40 WBMP AMP 92.3 FM and HotAC WNEW 102.7 Fresh-FM.  The change also impacts CBS stations across the country.

In a Facebook post Thursday, Nolan stated, the good news is he is still employed.  However, his reports will be heard on different station, yet to be announced. 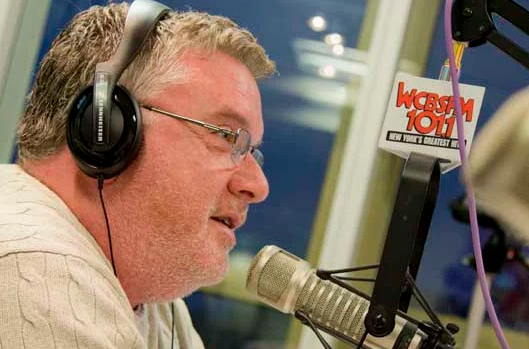 According to Nolan, "I have come to be very close with the people I work with. Much closer than ever before. We truly are very good friends and I consider all of them my “other” family. Everything that I have achieved in my career is because of Scott Shannon. I have been with him for just about 25 years (My son Conor’s whole life). We have had ups and downs but working with Scott everyday has made me the broadcaster I am today. I learn something just about every day from him. There is a reason he is in just about every hall of fame there is. He is a giant!!!

"Patty and Brad are smart, funny and just wonderful incredible family people. I am honored to call them friends and I truly love both of them. I have no idea some days how Patty does it. She is an incredible woman, professional news caster and most importantly a mom. Day to day, I will miss her more then I probably know. She is as close to a sister as I have. Brad has been my running partner for years. Like J.B.J. says “we have secrets we will take to our graves”. Trevor (Kermit) -- well -- is Trevor. Funny, talented, smart young man who is more or less another son. I kid around with him a lot but that is out of a genuine love and respect. He is far from a “stupid frog”. John Elliott and I had worked with before at Fresh-FM and when we needed a weather guy I was thrilled he was chosen. No one could have been better in his slot and no one in New York is as accurate. Louie-Louie our producer is the guy who drives the bus. He puts up with a lot, deals with 4 giant personalities every day and to be honest I don’t know why he didn’t walk out more than once. He will be running a communications company one day and I will be able to say I knew him when!!!!"

A New Jersey native, Nolan has been a traffic reporter on radio and television in the New York metropolitan area since 1979. He joined Metro Traffic Control when it opened in New York in 1988. He is also the stadium voice of the New York Jets and Rutgers football.
Posted 8:57:00 AM