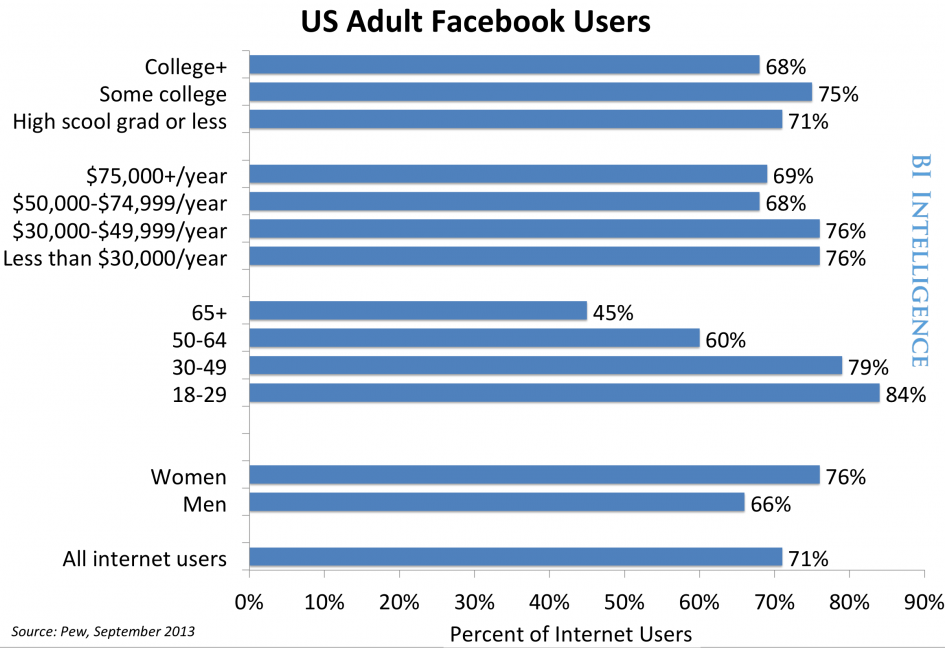 The demographics of who's on what social network are shifting — older social networks are reaching maturity, while newer social messaging apps are gaining younger users fast.

In a new report, BI Intelligence has unpacked data from over a dozen sources to understand how social media demographics are still shifting.

Here are a few of the key takeaways from the BI Intelligence report: