Cord-Cutters: Be Careful What You Wish For 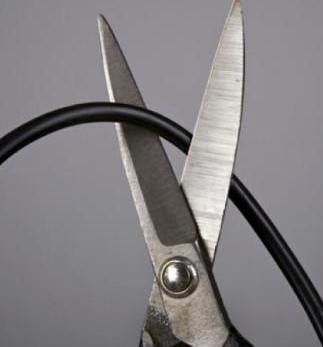 With HBO and CBS stand-alone streaming services, the oft-maligned pay-TV bundle has begun to loosen. But, according to The Wall Street Journal, it’s not clear the brave new streaming world that replaces it will actually be cheaper for consumers.

By offering their networks directly to consumers via the Internet, HBO and CBS are cutting out the middleman—cable and satellite companies—and potentially undermining the backbone of the television business.

On the surface, this is seen as a win for people frustrated with rising monthly television bills and paying for lots of channels they don’t watch. Other networks are following the lead of Time Warner ’s HBO and CBS, including Univision Communications Inc. and possibly Showtime, which is a unit of CBS Corp.

A future where television viewers subscribe to each channel individually could be cheaper for young people who only watch two or three channels, industry executives said. But analysts say that for households filled with people of differing tastes or fans of many channels, this future could make the average cable TV bill—which hovers at around $90—seem like a bargain.

Some analysts however, paint a grim portrait of an unbundled world. Today’s hundreds of channels could shrink down to about 20. That is because advertising would decrease substantially on channels with reduced audience reach, forcing consumers to pay the entire cost of running the channels, instead of splitting that cost with advertisers, as is done in basic cable.

Sports networks could be most at risk in an unbundled world. About half of the subscriber fees paid each month by consumers go to channels with sports, even though these channels account for less than a quarter of viewership.

If ESPN were taken out of the bundle, for example, it might need to cost as much as $30—instead of the roughly $6 per subscriber it currently charges as part of the bundle, according to SNL Kagan—to recoup its losses from reduced distribution and continue to afford its content.