Cousin Brucie made the announcement on his SiriusXM show Cousin Brucie's Saturday Rock and Roll Party on '60s on 6 on Saturday, June 1.

"I have been waiting for this event to happen for several decades," said Cousin Brucie.  " was more than a Cousin Brucie showcase for the great artists of the day; it was literally an emotional experience for the tens of thousands of my listeners who attended these unforgettable shows. Great talent appeared with me at , many of whom made their debut on stage at these shows. will always be part of our cultural experience. Here we were happy, here we grew. So come on over!"

The event, broadcast live on SiriusXM's '60s on 6 channel beginning at 7:00 pm ET, will feature performances by Neil Sedaka, Lesley Gore, The Crests, Bobby Lewis, Vito Picone & The Elegants, Randy & The Rainbows, Ronnie Spector and others. 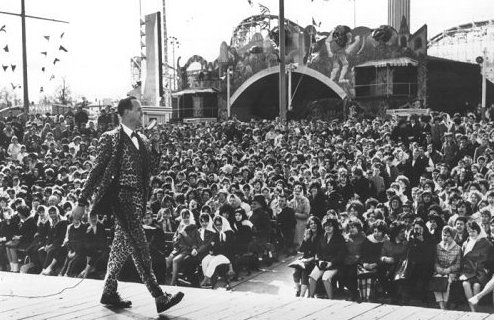 "Cousin Brucie's First Annual Palisades Park Reunion," held at State Fair Meadowlands in East Rutherford, New Jersey, will celebrate the historic amusement park and the shows that Brucie hosted there throughout the '60s. Wearing his famous leopard-skin suit, Brucie prowled the big stage at where thousands of Brucie fans enjoyed performances by the biggest names in rock 'n' roll history.

Cousin Brucie hosts Cruisin' With Cousin Brucie on Wednesdays at 5:00 pm ET and Cousin Brucie's Saturday Rock and Roll Party on Saturdays at 8:00 pm ET on '60 on 6, via satellite on channel 6, and through the SiriusXM Internet Radio App on smartphones and other connected devices, as well as online at siriusxm.com.
Posted 3:48:00 AM