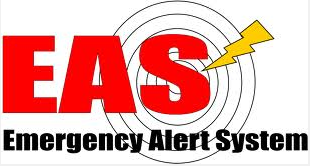 With the recent severe weather and the start of the Atlantic hurricane season, FEMA and the Ad Council released a PSA video to reinforce the need for Americans to familiarize themselves with the look, sound and authenticity of real-time Wireless Emergency Alerts (WEAs). While the PSAs intend to inform the public of what an alert sounds like, the PSA includes two bursts of the familiar EAS tone. Part 11.45 of the FCC prohibit using tones and codes for anything but an emergency or an authorized test. But the FCC has granted a temporary waiver for this campaign.

In PS Docket 07-287, the FCC grants a one-year waiver to allow the use of a simulated WEA Attention Signal for demonstration in a PSA. The waiver is in effect for one year until May 31, 2014, and stipulates that the simulated tones must not be used in a misleading way that would lead listeners/viewers to believe and actual emergency is happening.

The new English and Spanish PSAs are being distributed as part of Hurricane Preparedness Week (May 26 - June 1, 2013), an annual effort by FEMA, the National Oceanic and Atmospheric Administration (NOAA), the U.S. Department of Homeland Security and the National Hurricane Center to inform the public about hurricane hazards and provide knowledge which can be used to prepare and take action.

WEAs are emergency messages sent by local authorized government authorities through wireless carriers' networks. The alerts include a special tone and vibration. The messages are no more than 90 characters and contain the type and time of the alert, any action individuals should take and the issuing agency. Types of alerts include extreme weather such as hurricane, tornado or flash flood warnings; AMBER alerts and alerts issued by the president. More than 100 carriers, including all of 's largest wireless carriers, offer the WEA service for free and no subscription is necessary. Alerts are broadcast from area cell towers warning everyone in range with a WEA-capable device of a potential emergency situation.

Created by , and , CA based Free Range Studios, the PSAs highlight the potentially lifesaving role of WEAs when facing natural disasters, as well as other emergencies.
Posted 3:53:00 AM