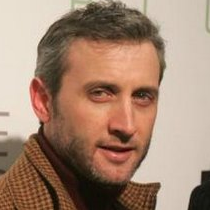 After a successful run with his Web sites that cover media, sports, gossip and technology, Dan Abrams, perhaps best known not as an Internet entrepreneur but as an MSNBC personality, is expanding.

According Jeremy W. Peters at Media Decoder at nytimes.com, Abrams will start three online properties early next year: Mogulite, which will report on the comings and goings of famous business personalities; the Mary Sue, a technology news blog directed at women; and a job postings board intended to compete with Mediabistro.com, a widely read aggregator among media professionals.

Much of the reason for the success of Abrams’s operations has been their leanness. His five current properties — Mediaite, which covers news from the media world; Gossip Cop, which polices the veracity of gossip reports; Styleite, a fashion and beauty site; SportsGrid, which ranks athletes and teams in various categories; and Geekosystem, a technology site — operate with a total staff of about 20 people. Some sites have as few as two workers.