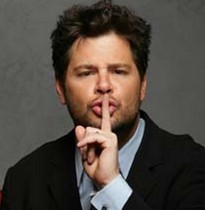 Erich “Mancow” Muller signs a multi-year deal to continue national syndication of his talk radio program with Dial Global becomes part of the deal alongside TRN-FM, according to talkers.com.

Also, the program is reformatted to focus more on entertainment and lifestyle topics rather than the conservative-leaning current events program it had been over the past several years.

TRN-FM states, “Guests on the new ‘Mancow Experience’ show will include musicians, actors, comedians and entertainment personalities appealing to a broader audience. During the transitional period to re-focus the show during the last few months, guests have included musicians as diverse as Smokey Robinson and Ozzy Osborne, as well as other guests including pro wrestler and TV reality star Hulk Hogan, Super Bowl MVP Kurt Warner, and actor Robert Duvall.”

TRN-FM also says a new show cast will be announced in the near future and that interviews and try-outs for positions with the show are ongoing.

Tom's Take: Smart move when you consider perceived listenter burnout to current events/politics and the graying of talk radio listeners