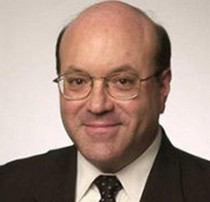 Veteran Chicago journalist Robert Feder, who’s been “serving up scoops and dishing dirt since 1980,” has joined Time Out Chicago as media critic. Starting January 3rd, his daily blog of news, opinion and analysis about broadcast, print and online media will appear on timeoutchicago.com, according to Frank Sennett, President and Editor-in-Chief of Time Out Chicago.

“What better way to underline Time Out Chicago’s commitment to serious, vital cultural coverage of the city than to bring aboard the man who defines the media beat in this town?” Sennett said. “Rob brings to the table an incomparable ability to land important scoops. He’s an incisive, insightful, must-read journalist who’s coming off arguably the best year of his career. This is the biggest free-agent columnist signing in Chicago since Royko jumped to the Trib. We’re thrilled to be able to showcase Robert Feder at Time Out Chicago and expand his already-strong readership base.”

Feder, a nationally acclaimed columnist who covered television and radio at the Chicago Sun-Times for 28 years, resigned from the newspaper in 2008. After a one-year hiatus, he returned to the beat in an expanded role with Chicago Public Media, where he launched the Vocalo Blogs. Recognition for Feder’s yearlong reporting on the management of Tribune Co. extended from The New York Times and the Chicago Tribune to Howard Stern and Walter Jacobson.

“I’m delighted to bring my blog to Time Out, and I invite readers to join me on this great new adventure as we continue our daily online conversation about Chicago media,” Feder said. “I’m especially thrilled to be working with Frank Sennett, an extraordinarily gifted editor whom I’ve admired and respected for more than 20 years. I can’t wait to be part of Frank’s exciting vision for the future of Time Out Chicago.”