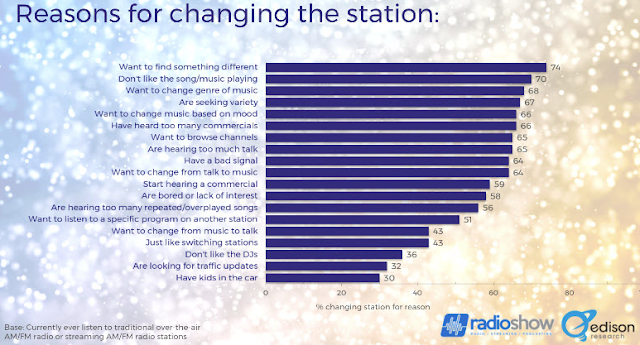 Edison Research is out with a new study about what causes listeners to tune away from a radio station. The firm fielded a national survey of 1,067 adults 18+ in early September and Edison VP Megan Lazovick presented the results last Thursday at the Radio Show in Dallas.

According to InsideRadio, when Edison asked the main reason why they change the radio station, responses in the engagement and music preference categories tied for first at 28% and commercials came in next at 19%. 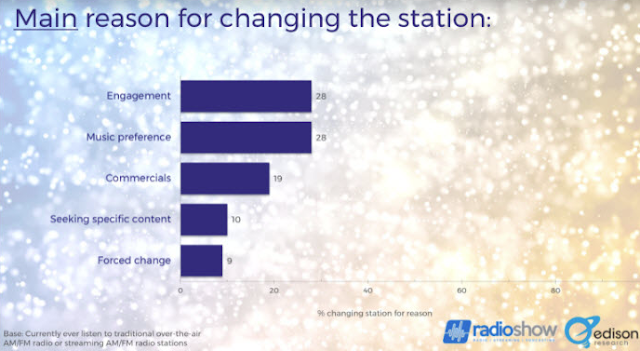 But the results varied by demos. Among 18-34-year old’s, the problem of engagement jumped up to 35%, which Lazovick said isn’t surprising “given we often hear how attention spans have dropped with the younger generations. If you are targeting this group of listeners perhaps you should think about making everything shorter,” she suggested. Commercials are the top reason for changing the station among the advertiser-coveted 35-54 demo while music preference and engagement top the list for adults 55+. 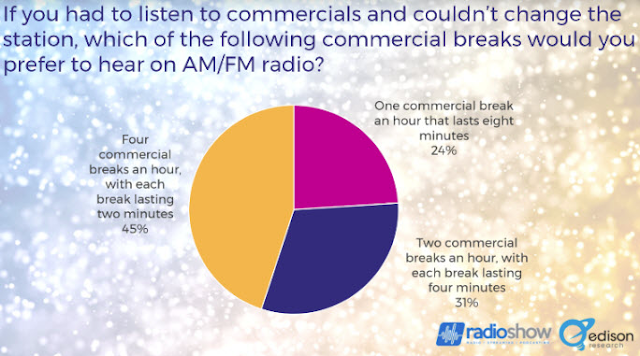