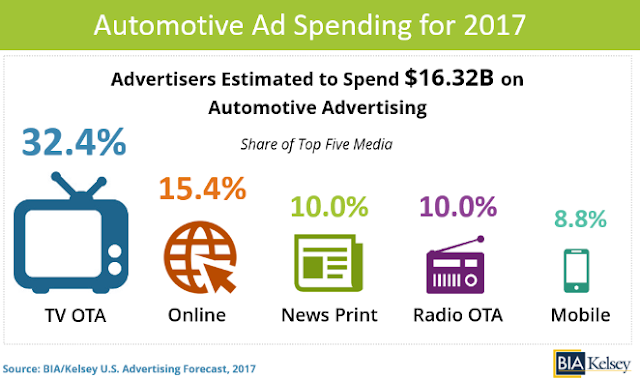 According to BIA/Kelsey’s newly released report “Insights into Local Advertising — Automotive Vertical” businesses in the automotive vertical account for 10% of the total local advertising money that will be spent in the U.S. in 2017, which puts automotive third behind retail and general services. 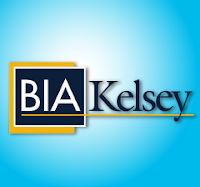 And the largest chunk of local advertising spend by automotive is going to over-the-air (OTA) television advertising — 32.4%. And while TV OTA’s share of the overall automotive advertising is expected to drop by the end of BIA/Kelsey’s five-year forecast (2021), it will still grab the largest piece of the pie, with nearly 31%.

Besides TV OTA, two more of the top five media that automotive vertical businesses will spend on are traditional media — print newspapers and OTA radio will account for 10.0% each. Digital media, which will account for 15.4% of automotive spend in 2017, is the fastest growing media channel. Mobile media ranks 5th with 8.8% of the pie. As with digital media, BIA/Kelsey forecasts strong growth for mobile media over the next five years.
Posted 3:16:00 AM