In a white paper, NextRadio -- whose app allows for FM listening -- said listener counts and session starts shot up 1,000+% in hard-hit Fort Myers-Naples-Marco Island. Listener counts in Miami and the Tampa area were up 850% and 700%. The Federal Emergency Management Association (FEMA) recommends listening to the radio for emergency alerts during disasters, including weather events. 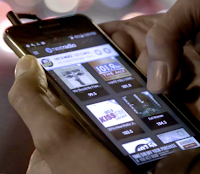 "Given our nation's dependence on cell phones, the smartphone's FM switch is a public safety issue," stated the South Florida Sun Sentinel editorial board. In a recent op-ed, the paper blasted Apple for refusing activate FM chips in the iPhone and called on Florida's congressional delegation to take a lead in legislative action requiring mobile phones companies to activate the FM chip, citing:


"Many smartphone users in the nation's third most-populous state couldn't hear the emergency alerts, storm updates and other critical information communicated after Hurricane Irma knocked out power to millions. Instead, we were advised to buy battery-operated radios in advance. Even if you could find and afford one, good luck finding the batteries to run them. A better answer resides in the palm of our hand."

Tagstation, parent of NextRadio, said its data team tracks the NextRadio app usage during storms and a pattern had emerged: People turn on the app in droves. Listener counts and session starts spike. Total time spent listening and session length, however, tends to be reduced as people frequently tune in and out for up-to-the-minute information.

Ahead of Hurricane Harvey, Oscar Rodriguez, President of the Texas Association of Broadcasters, led an effort to remind people with Android phones to download the NextRadio app. He encouraged all stations to mention listening via the app, citing benefits of the FM chip in preserving battery life and data packages.
Posted 3:09:00 AM