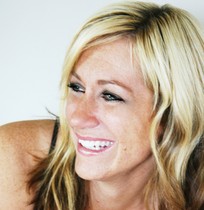 A Rochester, MN radio personality is moving on to a new gig in Wisconsin.

Tracy Dixon, who is the voice in the morning on Clear Channel's The Fox 102.5 FM KMFX, announced Tuesday that she is going to Madison, Wis., to lead a morning show on Clear Channel's 96.3 Star Country, according to a story by Jeff Kiger at postbulletin.com.

"It is very bittersweet," she says. "(Rochester) is really one of the most giving communities I can imagine."

"This next month will be a whirlwind," she says of moving her family to Madison and taking on a job. "I seriously couldn't be any more excited."

Most of her time on the air at The Fox, she worked with partner Jake Duffy.

Then about three years ago, the station cut back on staffing and she became a one-person morning show.

"That was tough. I had to re-invent the way I do a morning show," Dixon says.

That certainly won't be the case in Madison.

She is partnering with another Madison Clear Channel personality, who is shifting from hosting his own sports show. Her team will also include a news and weather person and a show producer.