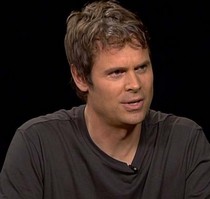 The numbers were announced at a Pandora Radio Innovators Summit in Los Angeles where Pandora Founder and Chief Strategy Officer Tim Westergren spoke with media buyers.

"Radio is radio," said Westergren, "Pandora is simply a smart buy for local advertisers as well as national ones.

In fact, some advertising agencies are designating Pandora with the call letters 'WPAN.' Listeners are increasingly turning to Pandora personalized radio to listen to music at home, at work, in the car and all points in between. It's a great platform for advertisers to connect directly with their audience throughout the day."

Said Edison Research President Larry Rosin, "We analyzed and converted Pandora's data into AQH (average quarter hour), which is the standard metric for radio advertising buying. We believe this data demonstrates the significance and scope of Pandora's audience at the local level, especially among 18-34 and 18-49 year olds."

Monday-Sunday, 6.00 a.m. -midnight An average quarter hour (AQH) rating of 1.0 means an average of one percent of a target population is listening to Pandora for at least five minutes or more during any 15 minute window between 6.00 a.m. and midnight.

According to RAIN’s exclusive analysis of Arbitron ratings among the A18-34 demo, Pandora’s AQH is now higher than any terrestrial radio station in all of the five-largest U.S. radio markets.

In New York City, for example, Pandora’s 0.7 rating beats the top-rated terrestrial stations (Z100 and Hot 97), which each have a 0.6 rating. (Incidentally, that 0.7 rating gives it about an 8.0 share of all A18-34 listening in the market (to AM/FM plus Pandora combined).

Similarly, in Los Angeles, Pandora’s 0.9 rating among A18-34s is significantly ahead of the leading terrestrial station (KIIS-FM, with a 0.7 rating). In Chicago, Pandora’s 0.7 rating among A18-34s puts it ahead of the four stations tied with a 0.6 rating (WOJO, WGCI, WBBM-FM, and Kiss). Rounding out the top five markets, Pandora also leads in San Francisco and Dallas-Ft. Worth.