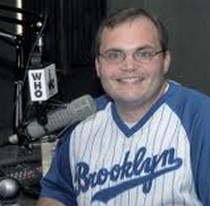 Steve Deace, the Iowa conservative who helped shape the 2008 caucus campaign from his former perch at 1040 AM WHO radio, will announce Friday that he’s returning to the airwaves as a nationally syndicated talk radio host, accortding to a story by Alexander Burns at politico.com.

Deace, who left the Des Moines-based station WHO in February, will be syndicated by the Truth Radio Network and will broadcast over its Ames-area affiliate KTIA. His first show will be on Aug. 12, on the eve of the Ames presidential straw poll.

According to an announcement shared with POLITICO, his show, “Steve Deace,” has been picked up by stations in Richmond, Salt Lake City and Charlotte. In a statement, Deace said he expected his reach to grow further.

“Hopefully this is just the beginning,” Deace said. “We are looking forward to working with stations in Iowa to develop statewide coverage as well. Soon, we’ll be making life harder for political pretenders and Republicrats nationwide!”