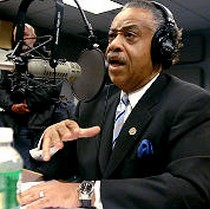 Al Sharpton wasn’t just pleasing prospective employer MSNBC when he became the first major black leader to endorse the controversial Comcast/NBC merger. It turns out he was also enriching his current employer, Radio One, the largest black-owned radio company in the country, which has paid him more money than he’s made anywhere else in his life, accorsding to a story by Wayne Barratt at The Daily Beast.

The Daily Beast has already reported that just months after Sharpton played a pivotal role in pushing the merger, he became a regular substitute host and appears now to be in line for a fulltime anchor post on Comcast’s MSNBC. As awkward as that coincidence is, how about a conflict of interest he did not disclose in his letters to the Federal Communications Commission—or his other pro-merger activities?

He was trumpeting a merger that’s already paid dividends to Radio One and its affiliate TV One, which reportedly pay him $700,000-a-year for his six-year-old radio show, commentary, and other appearances on TV One, and occasional blogging on their joint website, NewsOne.

While Radio One is the largest single shareholder in TV One, Comcast has been its partner since TV One’s inception in 2004 and, until recently, held almost as much stock in the television network, 34 percent, as Radio One, 36.8 percent. In fact, Comcast’s role in the launch of this network, which targets a national black audience, was cited repeatedly by the company when questions were raised about its diversity track record during the yearlong debate about this merger. 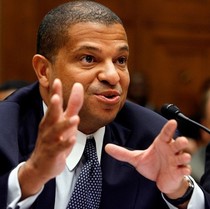 Alfred Liggins, the chairman of TV One and the CEO and president of Radio One, testified on behalf of the merger at a June 2010 congressional hearing dominated by black opponents of it, led by Congresswoman Maxine Waters and Congressman John Conyers. He said then that Radio One’s holdings in TV One would grow to 66 percent “over the next 12 to 18 months,” but what he didn’t say was that Comcast would help to make that happen.

Within a few weeks of the Comcast/NBC approval in late January, Radio One’s ownership of TV One soared to 50.8 percent. Comcast acknowledged in an email to The Daily Beast that it facilitated this stock acquisition, though it said the terms of the deal were “confidential.”