Jessie Ritter from Fort Walton Beach, Florida was announced as the winner of Cumulus Media's  4th annual NASH Next competition — a national and local grassroots search for the nation’s newest Country star.

The final competition event featured live performances from the top ten national finalists, and a special performance by Radio Romance, last year’s NASH Next winner whose single “Weekend” rose to the Top 40 on the Country Airplay charts.

“So darn likeable,” “Very exciting and just delightful,” “You nailed it” were a few of the comments by the NASH Next expert judges to describe Jessie Ritter’s performance.  The winning band joyfully accepted their high-praise and went on to win the top honor and will receive national radio airplay on Cumulus Media radio stations, and a recording contract with Nash Next Records under the Big Machine Label Group (BMLG) umbrella.

Jessie Ritter, said of her experience, “I’m very excited and blessed for this opportunity. God has given me patience and strength throughout this entire process and I’m humbled to be crowned the NASH Next winner. This is where I’m meant to be and I can’t wait for the adventure that lies ahead!” 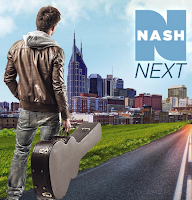 Harnen, commenting on the finale event and winning artist, remarked, “Jessie is just so darn likeable! Incredibly refreshing and in a complete lane of her own. We look forward to making an amazing record with her at Big Machine.”

On the NASH Next program, Mike McVay, EVP Programming and Content, Cumulus Radio Station Group and Westwood One, commented, "Radio leads the way when it comes to music discovery," commented. "NASH Next genuinely discovers new artists, enables all of the contestants to be heard and allows the winners to take advantage of an amazing opportunity to have their music backed by a major label as well as played nationally on the radio.”

The nine runners-up who performed at the event included: