Brian Fowler has announced on his social media pages that he is no longer the co-host of the WGAR 99.5 FM Morning Showin Cleveland.

Fowler and LeeAnn Sommers were partners on the country radio station since May of 2011, when he filled the spot that was previously held by Tim Leary. The Parma resident has over 30 years experience in radio including ten years of the hugely popular Brian & Joe Morning Show on Mix 106.

His post on Facebook state the fact that he has enjoyed his stay at WGAR, but is looking forward to the next adventure…and he simply closes it by saying… “I’m unemployed at the moment .” 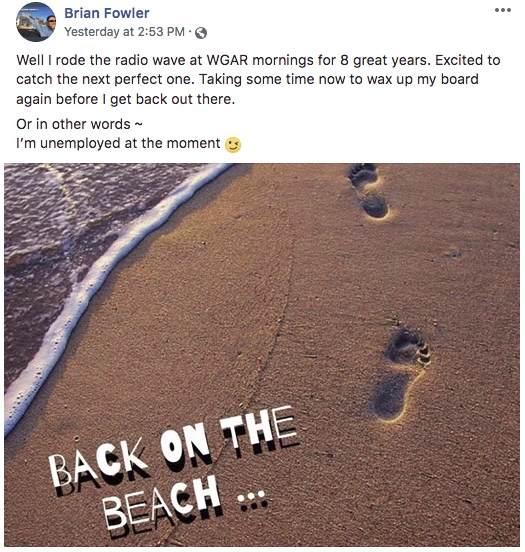 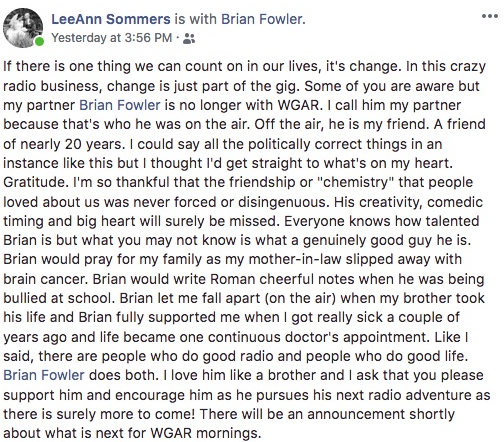 WGAR is expected to announced plans for its new morning Show quickly.