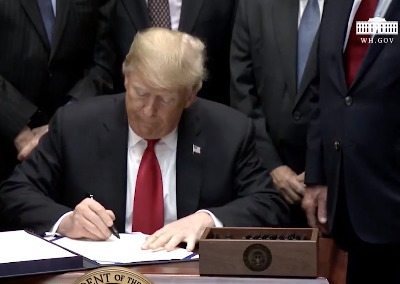 President Donald Trump signed the Music Modernization Act on Thursday, passing into law landmark copyright reform that Nashville songwriters have battled to pass for many years.

According to The Tennessean, Trump was joined at the ceremonial signing by the legislation's chief champions, including advocates representing songwriters, publishers, record labels and digital music companies, along with the lawmakers who shepherded the Music Modernization Act rather smoothly through a bitterly divided Congress.

But at the urging of Sen. Lamar Alexander, R-Tennessee, and U.S. Rep. Doug Collins, R-Georgia, the different interest groups came together to support the sweeping piece of legislation.

“The Music Modernization Act closes loopholes in our digital royalty laws to ensure that songwriters, artists, producers and providers receive fair payment for the licensing of music,” Trump said during the signing ceremony. "I’ve been reading about this for many years. Never thought I’d be involved in it, but I got involved in it. They were treated very unfairly. They’re not going to be treated unfairly anymore.” 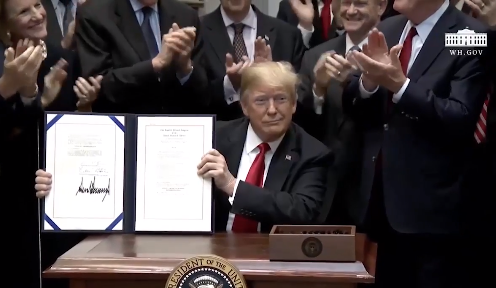 How the new organization is formed, operated and which private companies emerge as partners will be of immense interest in the music industry.
Posted 1:07:00 PM