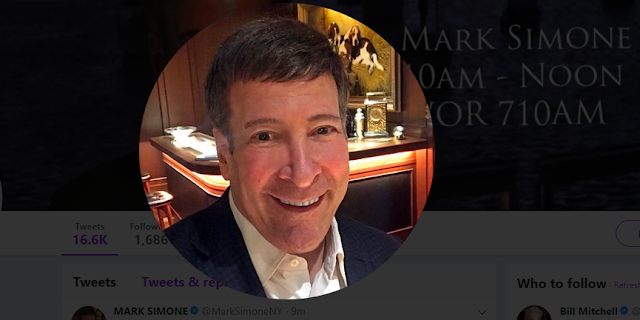 WOR 710 AM host Mark Simone boasts that he correctly predicted the sexual harassment scandals surrounding both Charlie Rose and Matt Lauer. Both iconic journalists have now been fired and publicly disgraced for years of sexual misconduct that had been going on behind the scenes.

Now, Simone is calling his next shot. He believes he can correctly guess who's going to be exposed for predatory behavior next. On Friday, he tweeted:


According to popculture.com, guesses vary in the replies to Simone's tweet. Bill Maher, Stephen Colbert, and Jimmy Kimmel seem to be front-runners among Simone's followers — though Colbert and Kimmel are both on five nights a week. Technically, no late night host is on "every" night, so that doesn't narrow it down much.
Posted 3:16:00 AM