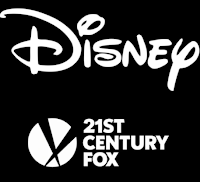 Disney and Twenty-First Century Fox are closing in on a deal, and it could come as soon as next week, according to sources familiar with the matter.

CNBC has been reporting that Disney has held talks with the Rupert Murdoch-controlled media company to acquire its studio and television production assets, leaving Fox with its news and sports assets. Fox is also talking with CNBC parent company Comcast, but the talks with Disney have progressed more significantly.

The deal contemplates the sale of Fox's Nat Geo, Star, regional sports networks, movie studios and stakes in Sky and Hulu, among other properties. What would remain at Fox includes its news and business news divisions, broadcast network and Fox sports.

The enterprise value of the Fox assets in the Disney deal is seen as above $60 billion, according to sources. Current Fox shareholders would get one share of the Fox company that remains after the movie and television assets are sold plus shares of Disney in a fixed exchange ratio.

Variety reports shares of 21st Century Fox rose moderately in early trading Tuesday after CNBC added new fuel to speculation that the Murdoch-controlled company would sell a significant chunk of its assets to the Walt Disney Co. It’s the latest report to suggest Disney could snap up Fox assets like the FX cable network, corporate stakes in the video-streaming hub Hulu and the European satellite broadcaster Sky PLC and a passel of other media properties.

CNBC anchor David Faber reported in a Tuesday broadcast that Disney could buy a portion of the Fox assets for a price valued around $60 billion, and suggested a deal could be announced as early as next week. The transaction would not include the Fox broadcast network, the sports cable network Fox Sports 1 or the Fox News Channel.
Posted 11:13:00 AM