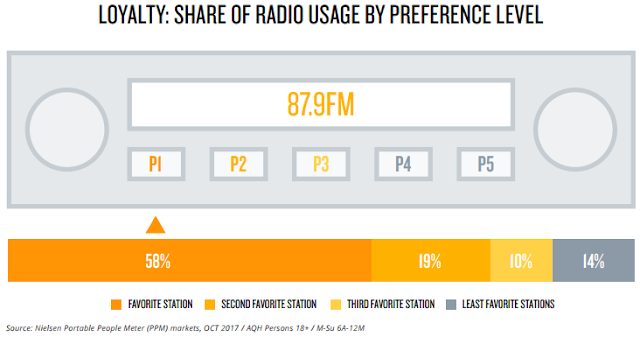 American is now spending 87% of their AM/FM listening tuning  to their three favorite stations.

According to audio data in the 2Q 2017 Nielsen Total Audience Report, 58% of all listening goes to just one station, the listener's favorite (called the "1st Preference" station, or P1). While format preferences differ by listening habits, geography and even demographics, Nielsen says one thing is certain, AM/FM radio plays a very important role in the daily lives of consumers.

Compared with media choices 10 years ago, audio options today are much more diverse, but AM/FM radio still reaches 93% of U.S. adults. But where and when is listening taking place? 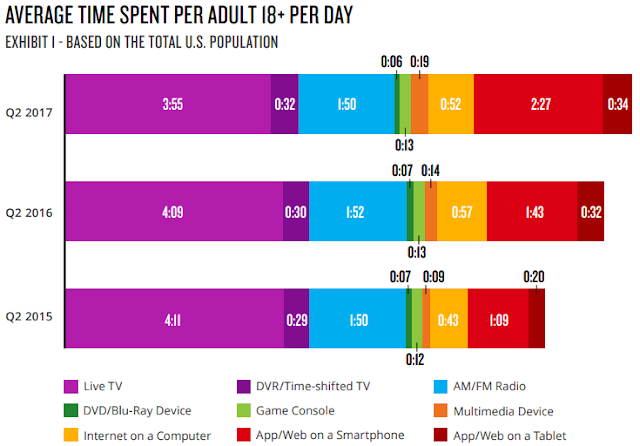 According to the Nielsen report, at least 65% of American adults listen to the radio away from the home between 6am and 7pm during weekdays. And consumption peaks at 75% outside of the home during the afternoon drive time, between 3 and 7pm during the week. Not surprisingly, Americans who are employed listen to AM/FM radio more than those who don't work.

The report's data also showed that 76% of radio listeners are between the ages of 18 and 64 and are in the workforce. Listeners who are employed fulltime engage with radio 2.5 hours longer per week than listeners who are not. With the average commute to work in the U.S. at nearly 26 minutes (according to the U.S. Census Bureau), it's no surprise that peak hours for listeners who are employed fulltime are between 7-8am and 4-7pm. For advertisers, these are important insights because they provide details about when they can engage with an attentive audience -- an audience that spends nearly 2 hours and 45 minutes with the medium and has disposable income. 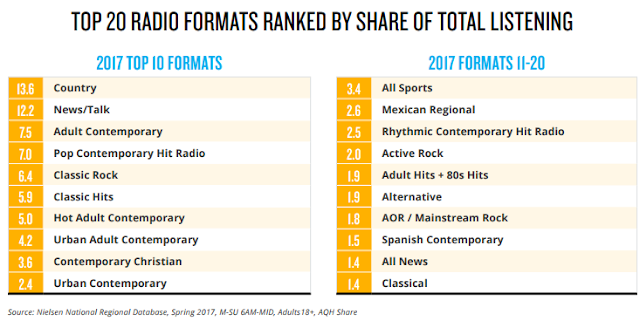